The Irish Sport Horse world has rich and deep roots in Ireland even though it gets less attention than thoroughbred racing.

Encompassing the strands of Show jumping, Eventing and Dressage as well as other recreational activities, this sport and industry is an important part of the social and recreational life of rural Ireland. 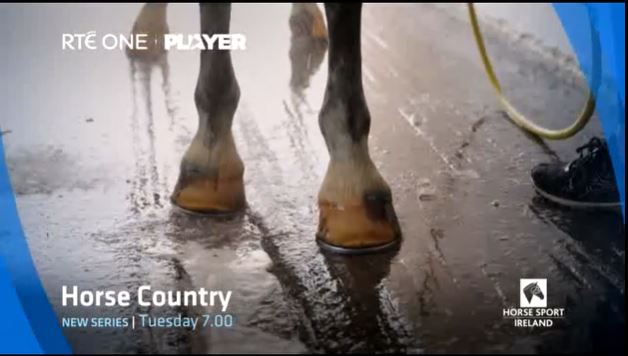 Horse Country is a six-part series that tells the stories of people and their horses who make up that world. It’s set in the Covid summer of 2021 when many sport horse events were cancelled, and those that did take place were attended only by the competitors and their close connections. While that diminished the atmosphere, the competitive passions were always in evidence with every character featured in Horse Country.

Horse Country tells stories of success, failure, frustration and exhilaration. They are treaded through different programs with many coming together at the Dublin Horse Horse Show at the RDS in the final episode. What each story thread has in common, is the passion and love that Irish people have for their horses.

This is not a series with formal interviews — nearly all the interviews take place in fields or stables with horses nearly always present. Like humans, horses are complex creatures who sometimes just don’t feel like performing. It’s a tangled relationship with its fair share of trust issues and disappointing outcomes. But hope springs eternal and that often contradictory combination of human and horse expectations provides plenty of drama and unexpected outcomes.

Horse Country follows a group of people and their horses as the humans try to achieve a set of goals. 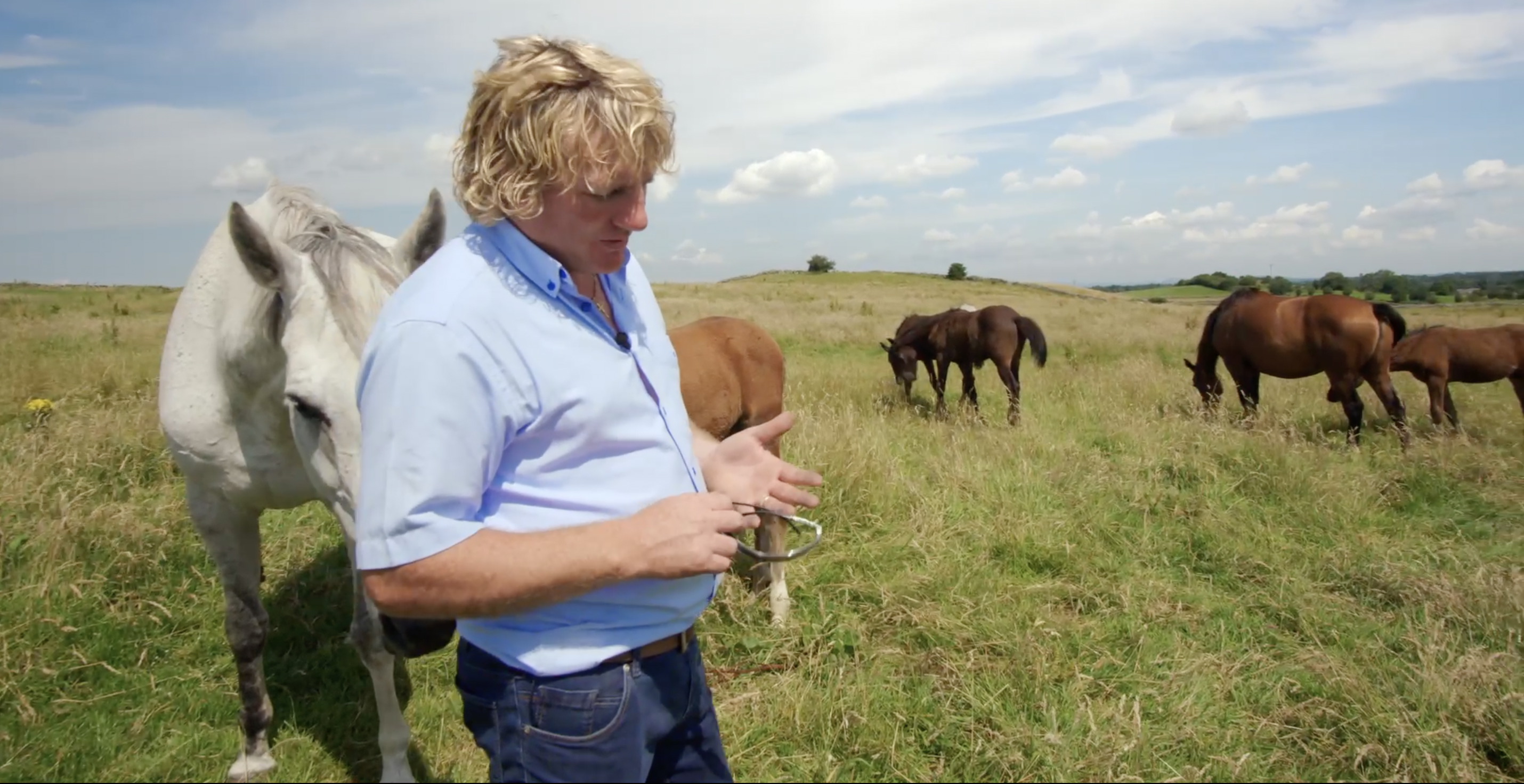 Liam Lynskey paves roads in the west of Ireland for a living but his lifelong enthusiasm is breeding from his top class Connemara and Irish Draught stallions. Last summer his Connemara pony made the challenging journey to the Dublin Horse Show finals with both thrilling and humbling results.

For six teenage members of the Kildare Pony Club qualifying for the Three Day Eventing national championship in Tattersalls in County Meath is what the year is all about. It’s a wild and bumpy ride.

Finbar and Joanne Mulligan have a modest breeding operation with one big goal: to breed a full sibling to the star Irish Sport Horse, Kilkenny. They own Kilkenny’s mother but she can no longer deliver a foal. The other problem is that Kilkenny’s father is dead. A fascinating saga of cutting edge veterinary science, frozen semen, surrogacy, embryos from Italy, and high hopes. 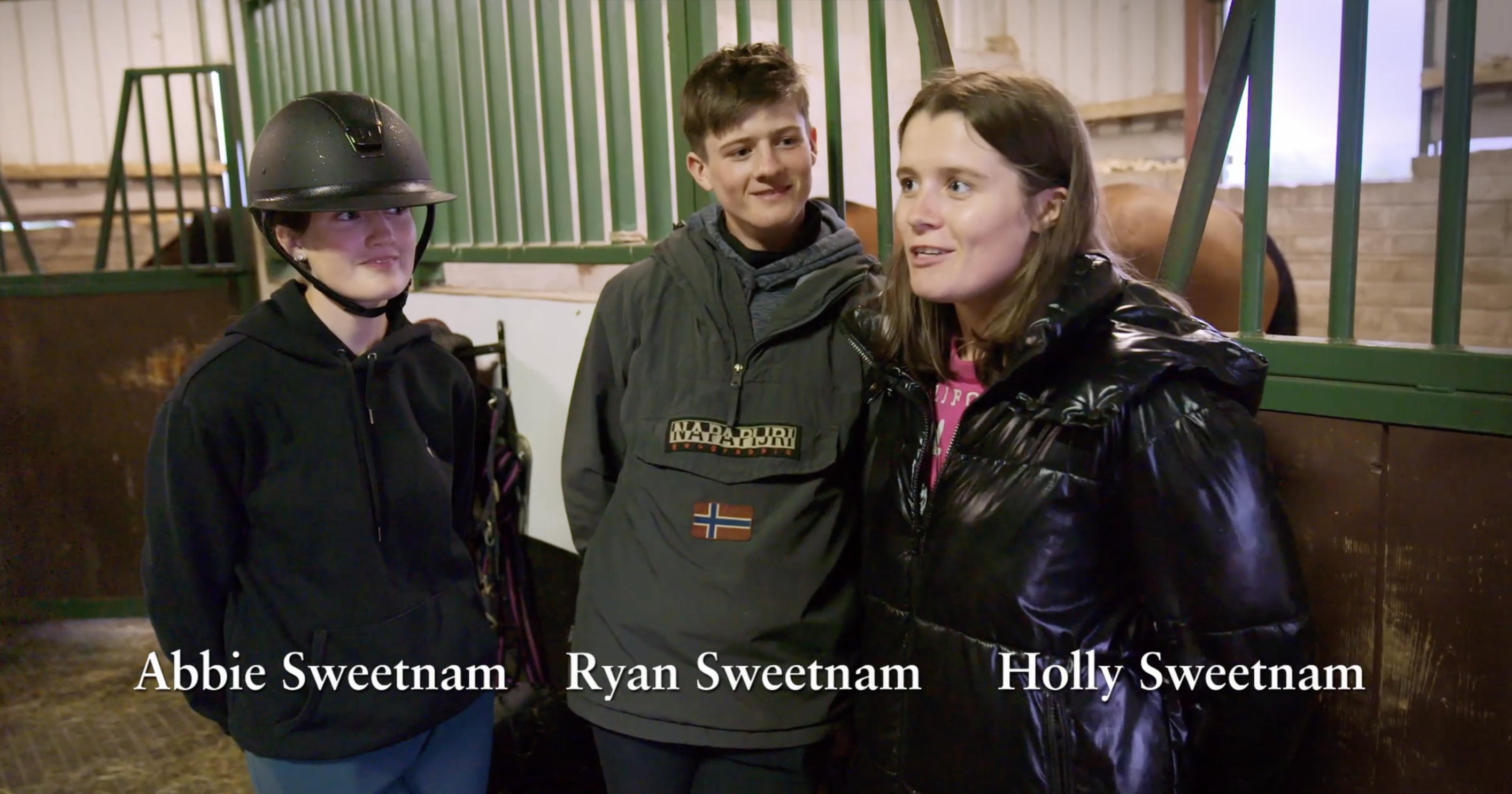 Abbie (20), Holly (21) and Ryan Sweetnam (17) are close-knit, high performing show jumpers. The siblings qualify four horses for the Dublin Horse Show championships. Their experience at the RDS — particularly for Ryan — was a real mixed-bag.

The Burchill family: West Cork farmer and part time construction worker John has passed on the horse bug on to his daughters: college student Deirdre and precocious 11-year-old Emma. The trio compete their horses and ponies with both success and frustration.

Noel Cawley was a business legend as CEO of Kerrygold and now the retiree is one of the top breeders of show jumpers in the country. Now Cawley’s obsession is a contest for three year olds at the Horse Show that he’s entered unsuccessfully for 30 years. Maybe, this is the year.

Margaret and Des Jeffares have been breeding and selling top class horses alongside their blackcurrant farm in County Wexford. In 2021 they decided to compete themselves with a 4 year-old who made it to the RDS Horse Show finals. It was a bitter-sweet experience. 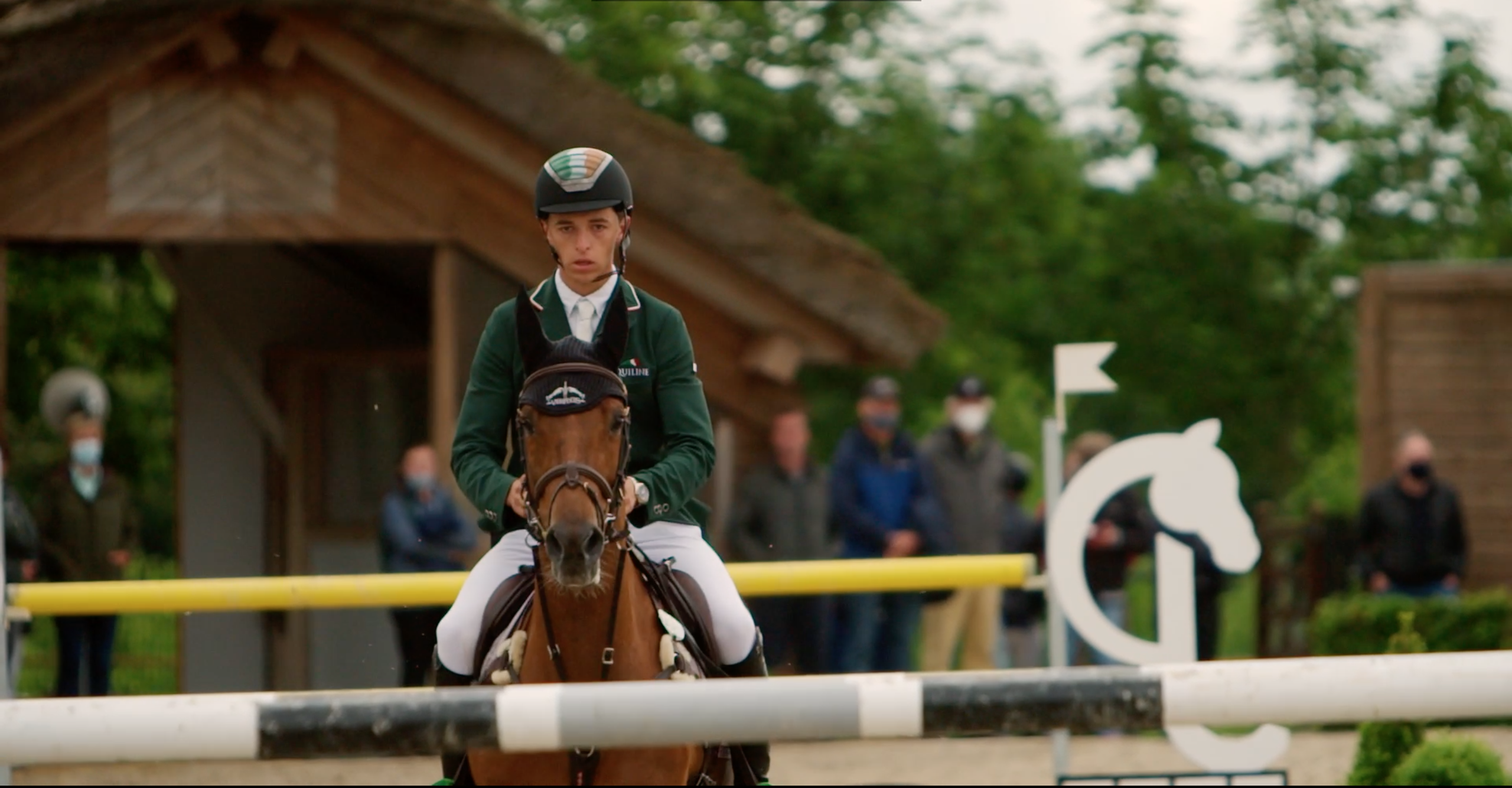 Cathal Daniels became Ireland’s top Three Day Eventer at the age of 24. In 2021 he was chosen as part of the team to represent Ireland at the Tokyo Olympics. Sarah Ennis is a veteran ‘Eventer’ who was often shortlisted for the Olympics but finally selected for Tokyo.

Horse Country is sponsored by Horse Sport Ireland, the governing body for equestrian sport in Ireland, in association with the Department of Agriculture, Food and the Marine, as well as Sport Ireland.