Won an Irish league title with Pegasus at 19 and debuted for Ireland’s seniors at 18, initially as a shoot-out specialist. Vital to the Green Army’s 2018 World Cup silver medal where she was also Goalkeeper of the Tournament. A graduate of the University of Louisville and a four-time All-American pick, McFerran has twice been nominated for FIH World Goalkeeper of the Year. Playing professionally in the Netherlands, she is regarded as the world’s top club league, since August 2019.

other Hockey Atheletes See All Atheletes 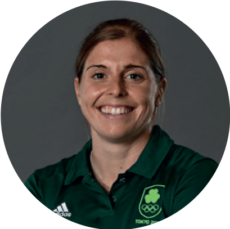